Long Island beaches are now closing after more sharks were spotted throughout the day on Wednesday. A lifeguard reported that a shark was spotted close to swimmers and displaying an aggressive behavior pattern. For everyone's safety, swimmers were told to leave the ocean.

This brings the number of shark sightings on Long Island Beaches to 9 since Monday, leading to the closures of several beaches. The initial sighting happened at Nickerson beach followed by sightings at Point Lookout and Tobay Beach throughout the week. 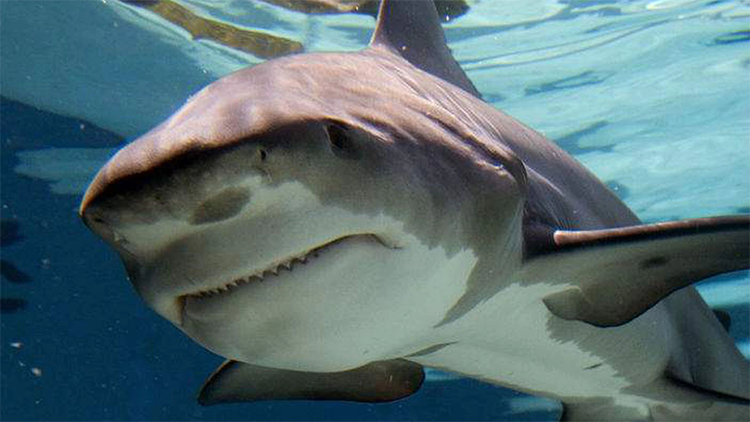 Town of Hempstead Supervisor Don Clavin said."It's a very difficult time down here. It's a combination of factors, as I stressed to everybody. We have a pandemic, we have a 50% capacity at the beaches, we have the hottest days of the summer, and we have had shark sightings that are clear cut."

The sharks that were spotted off Atlantic Beach and Point Lookout are believed to be bull sharks.

In a statement from East Atlantic Beach Lifeguard Connor Byrne, he explained the situation. "Yesterday at approximately 3:15 p.m., we witnessed a big shark breach the surface about five feet into the swimming area, directly offshore in front of the lifeguard chair. "The lifeguards immediately responded, calling all the patrons out of the water. And at that time, we called the ocean base down at the Town of Hempstead to alert them of the sighting that we saw. Immediately afterward, patrons did not want to go back into the water. I have to thank the Town of Hempstead for teaching all of us how to identify sharks and how to react quickly and most effectively."

Following the sighting, the Town of Hempstead elected to keep their beaches closed the next day. Nassau County will implement "enhanced helicopter patrols" over the shoreline and intensified marine ocean patrols to alert swimmers of the presence of sharks.

Experts believe that this recent increase in shark sightings is due to the warm water conditions, with ocean temperatures nearly reaching 80 degrees Fahrenheit. Although it is now unusual to see sharks on Long Island, lifeguards are concerned with how close they are to the shore.

The short distance to shore coupled with the increased water temperatures makes experts believe that sharks are coming close to find food, as many baitfish can be found a couple of feet off the shore.

Lifeguards throughout Long Island beaches will continue to monitor the situation and allow swimming when it is safe to do so.