Authorities have now identified the nearly decade-old remains of a woman referred to as “Jane Doe #6” by using genetic genealogy. Genealogy is a technique in which genetic profiles are run through the multiple databases in order to find potential relatives of homicide victims. This technology was approved for use in the Long Island Serial Killer murder cases by the FBI last Fall. 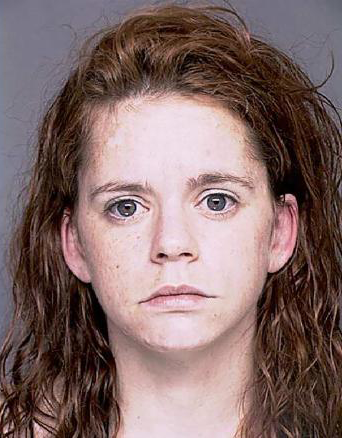 By using DNA, investigators were able to create a genealogy profile for the remains. Genealogy is used to lead investigators to them to family members and possible distant relatives who also provided DNA samples.

The remains were identified to be Valerie Mack, a 24-year-old who went missing nearly a decade ago.

Mack disappeared in 2000 while working as an escort in Philadelphia, police said. Sections of Mack's remains were found in the town of Manorville, Long Island. The first pieces of Mack were discovered near a baby girl and an Asian man. Remains of the baby girl's mother were reportedly discovered along Ocean Parkway, although they have not been identified. The town of Manorville is about 50 miles east of Gilgo and Oak beaches, where the rest of her remains were later found.

Suffolk County Police Commissioner Geraldine Hart said in a statement “For two decades, Valerie Mack’s family and friends were left searching for answers and while this is not the outcome they wanted, we hope this brings some sense of peace and closure.”

Her dismembered body was one of several sets of remains that were found along Ocean Parkway in the year 2010. At the time of the remains being found, authorities were searching the area for Shanan Gilbert, who was also 24, when they made the shocking findings of several women.

Other victims that have been identified in the Long Island Serial Killer Case include:

Who is the Long Island Serial Killer?

No suspect has been publicly identified in the Gilgo beach killings as they remain unsolved cases. Official statements from authorities declare the Shannon Gilbert murder does not appear to match the other deaths, but they could be somehow connected.

The Long Island Serial Killer remains unidentified and is believed to have murdered about 10 to 16 people over a period of nearly two decades. Most of the victims are presumed to be women who were associated with being sex workers whose bodies were found on the South Shore of Long Island New York, specifically in the areas of Gilgo Beach and Oak Beach.

“We will continue to use every investigative tool available to aggressively investigate these murders,” Suffolk County Police Commissioner Geraldine Hart said.