Protestors Call For Robert Moses Statue To Be Removed

In recent weeks we have seen protests gather to take down many statues that have proudly stood in our country for many years. The most recent announcement that Theodore Roosevelt would be removed from the museum of Nature History left many Americans shocked.

Most recently, a group of protestors took their attention to the statue of Long Island Native Robert Moses located in the Village of Babylon. A group of almost 100 protestors marched to the Village Hall on Saturday, June 20th, calling for the removal of the statue. Robert Moses was a city planner who built hundreds of roads, parks, and bridges in the local Long Island area. He was known as a great architect and is currently known for Robert Moses Beach, which was named after him. 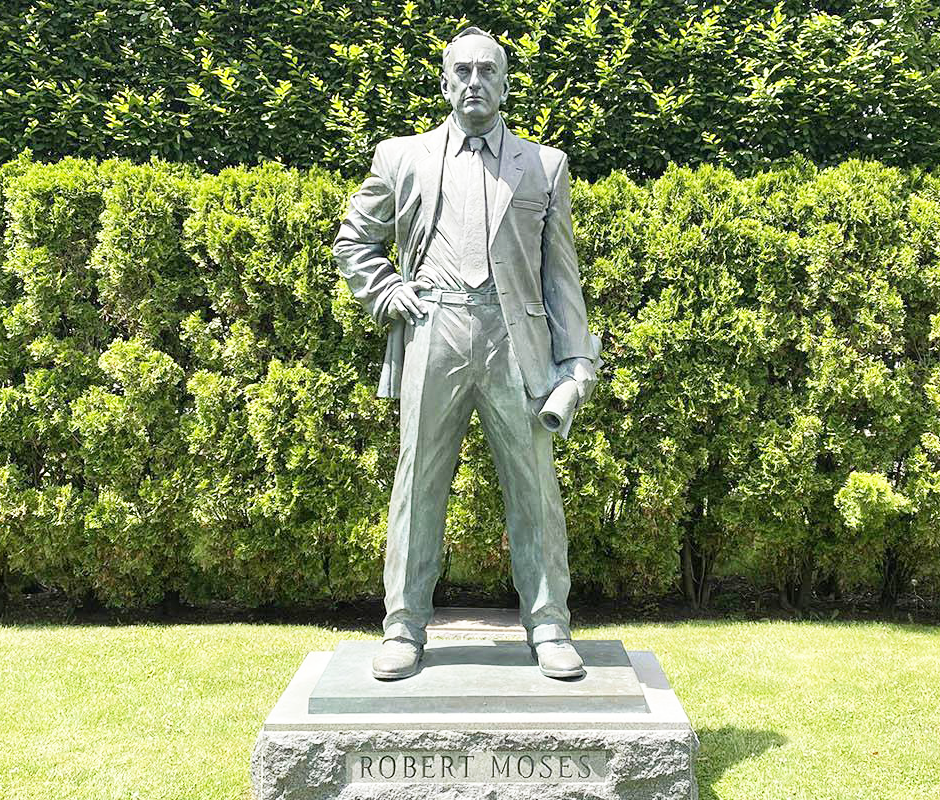 However, protestors argue that communities that Moses helped plan somehow segregate Black and Hispanic communities. Event planner Vanessa Cardino explained in a public statement "We want people to know the true history of Robert Moses, which cannot be done justly by commemorating him and his actions.”

Cardino continued by saying "The removal of the statue will be the first step of many to make Babylon welcoming and inclusive of all people.”

Vanessa Cardino concluded by saying "We will keep making our voices heard until the statue is removed,".

Another protestor stated, "What we're seeing in towns like mine—which again, because of the legacy of people like Robert Moses, is a very predominantly white community—is that you're seeing that people have had enough of the current system of inequality of white supremacy.”

He continued that Moses was an "abusive and authoritarian figure who designed Long Island purposefully to benefit folks like himself and segregate folks based on the color of our skin, to whom we prayed, and where we came from."

The Statue of Robert Moses was first unveiled in 2003. It was created with $190,000 in funds given to the Babylon Village Arts Commission by Suffolk County. The statue weighs in at over 1,500 pounds and shows Moses in a suit and tie positioned outside of Babylon Town Hall.

Since it was erected in 2003, there was no backlash against the statue until after the recent death of George Floyd. Now, protestors claim Moses represents a racist history of segregation on Long Island and are calling for the statue to be removed and replaced. This push comes a few years after activists wanted to rename Robert Moses Beach, which ended up not occurring.

Moses is credited for building Jones Beach, but he is accused of keeping bridges and roadways leading to the beach cut off from public transportation. Accusers say one method he used to do this was to keep overpasses too low for busses to be able to pass through and state this prevents Black and Hispanic NYC residents from being able to visit the beach. However, it actually prevents people of all races from NYC from being able to access Jones Beach by public transportation, so this is not an issue of race but logistics.

Will The Statue Be Taken Down?

The office of Babylon Mayor Ralph Scordino did not respond to phone calls discussing the protest of the statue to leave a comment. Activists and protestors plan to flood the mayor's office with phone calls demanding the removal of the statue.

The mayor did, however, say that he will not be accepting electronic petition signatures calling for the removal of the statue. This led protestors to promptly print out over 600 pages of the signatures that have already been collected online and present them to the mayor's office.

As of now, the statue still remains standing as Mayor Scordino decides on the status of the Robert Moses Statue.