Many Long Islanders have not had power since Tropical Storm Isaias made an impact last week and are now growing angry over PSEG’s handling of the situation. Areas of Long Island saw heavy rain and were hit with incredibly strong wind gusts that caused several power outages throughout several towns on Long Island.

Initially, PSEG reported that over 200,000 people lost power in the island from the storm. On Sunday evening, they reported that numbers were down to about 25,000 outages. However, the company's website indicated that numbers actually increased as of Monday morning since the night before. 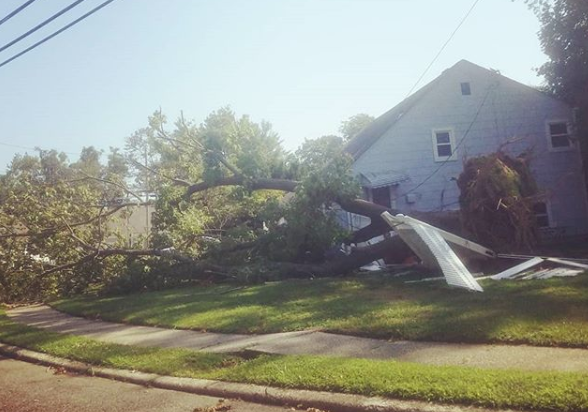 Peter Forman, deputy mayor and chief police commissioner of the Sands Point Village did not hesitate to share his thoughts about PSEG, stating that he has become frustrated with PSEG’s continuing inability to retain proper records of homes reported without power.

“Until they come up with a system of delegating and working with various municipalities and other organizations like ours, they are going to continue to drown after a storm,” Forman added.

Forman took action on Sunday by sending a note to residents saying PSEG “continues to handle this storm recovery very, very poorly — at best,” according to a copy sent to Newsday. Village officials, he wrote, are “frustrated, disappointed and frankly angry, as many of you are.”

“PSEG reporting systems are very broken, and while there has been some recovery progress [Sunday], we have little confidence in estimated recovery dates,” he stated within the note.

Many Long Island Towns were told that they would be receiving power back later in the week such as Thursday and Friday, only to be told that they would not be able to have it restored until the weekend. This misinformation adds to the already growing frustration that is being experienced from not having power.

The Long Islanders still without power are hoping to have it back by this week. Going forward, many would like to see other options besides PSEG after the way they handled this situation. With concerns over what would happen if a more severe storm was to come to impact the area.