Long Beach To Close Boardwalk Due To Crowds

Long Beach places restrictions on its Boardwalk on Thursday, which will officially close its beach as of 8 p.m and the boardwalk shortly after at 9 PM. The decision comes after large crowds gathered at the boardwalk and beach last weekend. Several people had to be recused from the water as well, which put stress on the lifeguard team.

The entrances between Neptune Boulevard and New York Avenue to the beach will be closed by police and lifeguard, with warnings beginning at 7:45 PM. 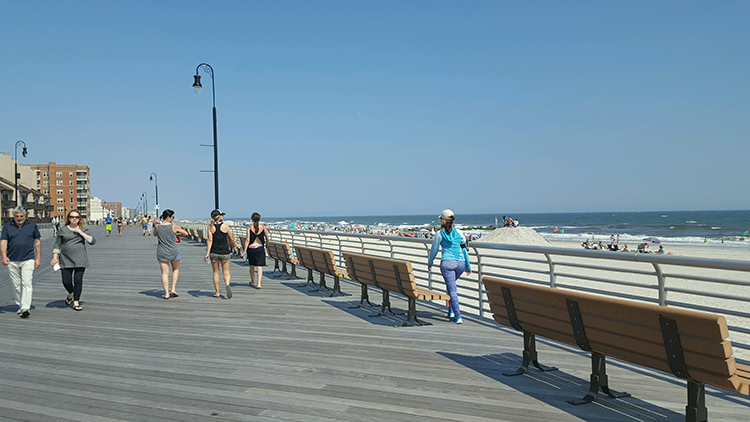 Various groups including Police, seasonal officers, and bike patrols will close the boardwalk beginning at Edwards Boulevard and expanding east and west. There is a dedicated vehicle to follow people off the boardwalk to ensure that they leave.

Phil Ragona, Acting Police Commissioner explained how he thinks this was a necessary precaution for the area. "It's really important. And if we don't do this now, I really believe there could be dire consequences down the road. Some people think it's drastic. I don't. I think it's necessary."

I'm sure many local Long Islanders and Long Beach residents would be quick to disagree.

The beach is usually open from 5.am to 11.pm with lifeguards on duty until 6 p.m.

The decision to close the beach early daily comes after large crowds totaling over 800 people were captured on camera Saturday night. Several crowd members were drinking and fighting which drew attention to the scene and led to the decision to restrict access to the beach and boardwalk.

Long Island is currently in Phase 4 of reopening , which makes this decision to close down the beach and boardwalk access is being considered questionable by many locals.

The Phase 4 Guidelines for the Long Island Region are stated below: