Tekashi 6ix9ine the Celebrity Rapper is bouncing around Long Island!

Popular rapper Tekashi 6ix9ine (pronounced “six nine”) was released from jail in recent weeks and broke the record for Instagram live viewers shortly after. 6ix9ine is known to commonly act in ways that bring attention and controversy, allowing for free promotion of his music and himself as a brand. 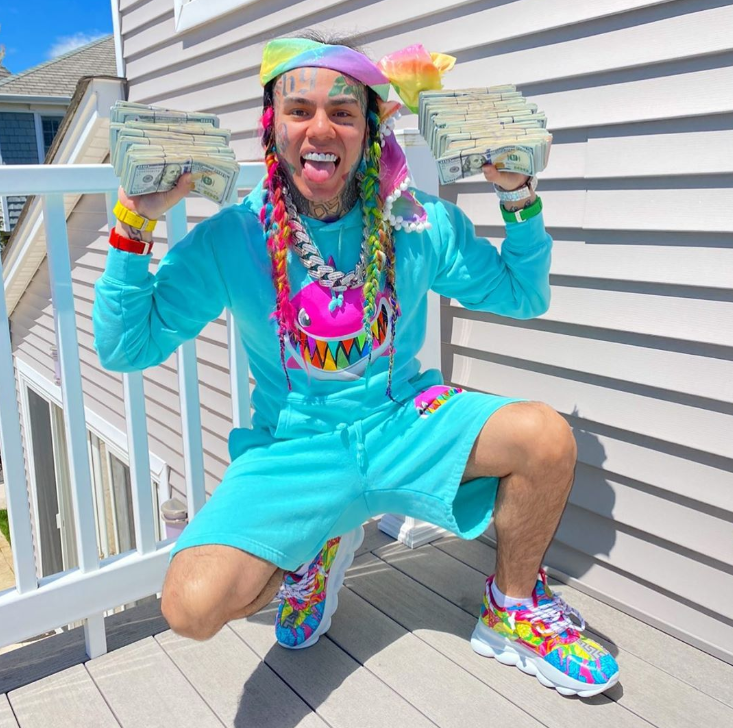 His record-breaking Instagram live session consisted of him poking fun at many people in the music industry and flexing his expensive jewelry. He showed off stacks of money and bragged about being “back”.

After his session on Instagram live, Tekashi 6ix9ine stepped onto his back porch to take pictures to post on his Instagram account, when he was spotted by his neighbor. The neighbor, overwhelmed with excitement, took a video of 6ix9ine posing for photos.

Shortly after, the address of the house was leaked. Despite many reports stating the rapper was in the Hamptons, his house was actually in Lido Beach, Long Island. The rapper quickie fled the house before fans could arrive. Police were on the scene and closed off the street shortly after the video went viral.

Neighbors reported several high-end cars being parked on the block earlier that day including a Lamborghini.

6ix9ine's location being leaked is a big deal. Not because of the inevitable swarm of fans that will flock to him at any chance they are given, but because many speculate that his old gang, the Nine Trey Gangsta Bloods are looking for revenge since finding out the rapper “snitched” to get out of jail early.

In many other similar situations, members of gangs who have snitched have either gone missing or found dead. For these reasons, the location of rapper 6ix9ine being leaked was a serious situation.

No one is sure where the rapper fled to since leaving his home in Lido Beach, however, there is much speculation that he remains in New York, possibly now residing in the Hamptons. Others say that he has certainly already left the state or possibly the country for his own protection.

Time will tell where the rapper is currently located as he is bound to go back on Instagram live and express his thoughts on this situation at some point in the near future. Fans will likely not be able to see 6ix9ine in concert any time in the near future due to the COVID-19 pandemic, which has already canceled some Jones Beach Concerts this summer more expected to be canceled in the coming weeks.

Who is Tekashi 6ix9ine?

Tekashi 6ix9ine is a rapper, songwriter, and convicted felon. He makes music that consists of aggressive style rap songs that pair with his controversial public persona. He is known for his rainbow hair and tattoos all over his body, including his face. Besides the music, 6ix9ine makes headlines for public feuds with other celebrities and constant legal issues.

His debut single, “Gummo” propelled 6ix9ine’s popularity in late 2017. His first mixtape had three singles, “Kooda”,” Keke”, and “Gotti” all charting on the Billboard Hot 100. 6ix9ine’s most successful single is “Fefe”, a song that features Nicki Minaj and Murda Beatz which landed number 3 on the Billboard charts.

After his recent prison release, he dropped his song “Gooba”. The music video for the song broke the record for most views in 24 hours.

Why Was Rapper Tekashi 6ix9ine in Jail?

6ix9ine was sentenced in 2019 for racketeering and other offenses that occurred in New York. The rapper was facing a minimum of 47 years in prison and a maximum of a life sentence.

After previously denying a slew of charges, the rapper entered a plea bargain that would allow him to be released as early as November 2020. The plea deal included him testifying against members of his former gang, the Nine Trey Gangsta Bloods.

The offenses 6ix9ine was charged with include racketeering, carrying a firearm, assault with a dangerous weapon, and conspiracy murder charges. For those who don't know, racketeering refers to using criminal actions to repeatedly take money from others.

The rapper was able to be released early due to the COVID-19 outbreak, citing that his asthma put him at high risk if he was to catch the virus. The remainder of his sentence is to be completed at home.